International reactions from the professional field about Summer Dance Forever

Since it first launched, Summer Dance Forever has been a demanding, high-quality, unifying and innovative
event, which highlights and validates hip hop dance in all its forms. Choreographic productions, battles,
masterclasses, and parties are among the many artistic proposals that attract diverse audiences. Without
altering the DNA of the hip-hop spirit or the artistic dynamics that make it alive, SDF has carved out a firm place
for itself in the European and international cultural landscape. Each year, Amsterdam becomes the epicenter
for the dances of tomorrow and a rallying point for a plural, diverse youth that reflects our contemporary, ever-
changing world.

Summer Dance Forever is a major hip-hop dance event that covers covers all the characteristics inherent to
the depth and richness of this discipline, it represents the full spectrum of the genre: from battles to jams to
performances. For dancers who come from all over the world to take part in it and for the professionals who
follow it, the Summer dance is a quality event, a must-go event which every year brings us new discoveries,
whether n virtuosity or in fresh choreographic talents. There is nothing like it, in Europe or anywhere else.

My annual summertime journey to Amsterdam. The best dance event in the world. A fantastic fusion of
streetdance battles, parties, workshops, discussion and theatre. A global representation of dancers from old
skool pioneers in the US and Europe, to the greatest dancers from Brazil, Russia, Japan, literally all over the
planet. I’m personally happy to see UK dancers regularly featured at the event. An inventive theatre program
showing the exploration and progression of hip hop techniques in the proscenium arch. I always find work
there to program for my festival Breakin’ Convention. SDF has been satisfying huge audiences for years, and
long may it continue!

Summer Dance Forever is a reference in the Urban Dance Culture not only for the quantity of dancers it
involves or the quality of practical knowledge it brings, but also for its geographic centrality in Europe. The fact
that it has its main focus in the underground world of Freestyle Dance and Battles, captivating the attention
and engagement of thousands of dancers worldwide, was and is crucial for opening possibilities to bring more
exploration and creativity through these movement languages on stage. Its continuity is important because it voices out a culture through the freedom for each individual to be themselves making them part of a whole.
This is only possible together: We hope SDF keeps going with its work, as we hope LOOP keeps growing and
more projects in other countries can develop so we can spread more and different visions of Hip Hop
throughout the world.

Since 2017, Summer Dance Forever has been collaborating with French festivals Karavel and Kalypso, both
directed by choreographer Mourad Merzouki, exchanging views on how to foster hip-hop artists. In 2018, the
renowned Dutch festival joined Label Passerelles : this network gathers together several hip-hop festivals to
support emerging dance companies and offer them a European tour. In 2019, French company Etra had the
opportunity to give seven performances in the Netherlands, France and Spain. Today, Summer Dance Forever is
a strong partner for spotting and revealing new talents at an international scale.

I attended Summer Dance Forever for the first time last year in the freelance capacity of a European Hip Hop Network Facilitator. The network brings together programmers of hip hop theatre from all over Europe to collaborate on ideas to strengthen the sustainability of the sector and its artists.

This spirit of collaboration and internationalism runs through the entire festival programme from the many battles, explosive in energy and joy, to the workshops, parties, thought provoking talks and high quality stage performances.

Working across the incredible and varied venues of the city of Amsterdam, Summer Dance Forever challenges any preconceptions around where hip hop theatre and culture should be presented.

What I experienced at the festival was a celebration of high quality art and international community. In my current role as Programme Director at East London Dance, where we will shortly be creating the UK’s first Talent House for Urban Culture, I will continue to look for ways to collaborate with Summer Dance Forever and advocate for the important work they do.

Two years ago, we started with our institution the National Choreographic Center of La Rochelle to work with
Summer Dance Forever festival in the purpose to built together, and with other cultural venues, a strong European
Network. Our objectives were especially to facilitate communication between different countries so we can
exchange about the artists we’re supporting. Our main target community is also to share, discover and create a
dialogue with the international “hip hop dance stage”.

Summer Dance Forever is simply one of the most important meeting points for hip hop dance lovers from
all over the world. Presenters and producers are overwhelmed by all the talents in dance and choreography in
performances and battles. Dancers and other professionals are excited about the welcoming environment at
the battles. As a presenter and producer at Norrlandsoperan in Sweden I appreciate the professional
organization of the festival and the open mind for new projects, emerging hip hop choreographers and the
inclusive atmosphere. Luc Deleau and the team are festival organizers with long experience and as networker
for hip hop culture and urban dance a great collaborator for our performance and battle initiative URBAN
NORTH. Summer Dance Forever is crucial as a platform for exchange in the European urban dance
community for artists, presenters, producers.

Summer Dance Forever blew me away! I had the pleasure of attending the festival in August 2019. What a
festival and celebration of hip hop dance in all its diversity. The festival has an impressing program ranging
from stage production to a battle program that most hip hop festival would envy, two talks and seminar. The
events are placed in close proximity to each other which makes it really easy to participate in the festival.
Amsterdam as a city is located really well in the European geography in terms of getting dancers from all over
the continent to come to the festival as performers, battle participants or audience. I am so much looking
forward to visiting the festival again.

Summer Dance Forever and HOP Festival start to cooperate at 2017. For us, Summer Dance Forever is an example and a festival that we admire; supporting traditional forms of HipHop dance, but also giving a strong support for scenic
creation of this dance styles. We work together to strengthen our national scene and for exchanging
knowledge with various artists, with the international scene. Iron Skulls and the duet of Agnès Sales &amp; Hector
Plaza, both supported by HOP Festival, did perform at the 2019 Summer Dance edition as part of a mutual
exchange. Summer Dance is an important platform in order to be introduced into the Dutch and the
international scene of scenic creation of urban dance.

Summer Dance Forever is one of the best events to attract most attention from street dance scene from
all over the world. It is established as the most important event that determines the direction of the street
dance scene that spreads around the world. Battles by brilliant dancers from all over the world have attracted a
lot of attention and have already been recognized as digging for future icons. And wide selection of shows, and
it is presenting the world with future dance entertainment. We’ve been collaborating since 2013 as “forever
japan edition”. And It has greatly contributed to the revitalization of the dance scene in Asian countries,
including Japan, and has also led to the expansion and improvement of the European scene. It is definitely
important content in uniting the world’s dance scene and needs to be continued.

Last but not at all least:
Dirk Korell. Expert and one of the founding fathers in Europe, advocating hiphop dance since the eighties

Summer Dance Forever is one of the most important festivals in the world, in the field of hiphop-rooted dance forms. Its unique blend of cyphers, battles; dance performances; conferences and encounters, makes it a very special event and
a landmark, both for the hiphop community, and also the cultural institutions. The international dimension is
reflected by a daring curatorship with companies from all the continents, the participating community and also
the spectators.
Presenters from Europe and beyond spotted the festival as one of the important events to be when it comes to
discover new and fresh works – and the Dutch urban dance scene. The seminars/panel discussions I am glad to
moderate since 2018 makes SDF one of the rare festivals underpinning artistic visions with a critical discourse,
giving voice to the makers and showing new ways and good practice. EU-wide networking of SDF with other
festivals and organizers definitely puts Dutch dance on the map of international curators and offers great
opportunities to makers from the NL for international exposure and mobility. 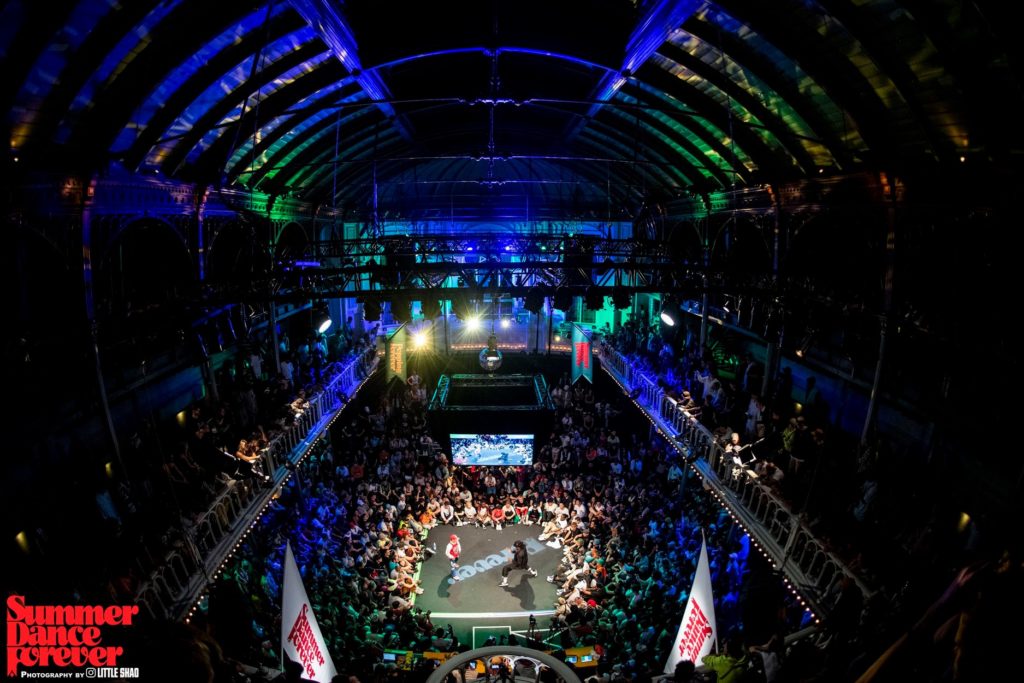